Posted by Peter Roberts at 2:03 PM No comments:

Eight years ago, I wrote a blog entry in this space on “Sea Life Habitats and Masonry Structures.”  Two days ago, a friend pointed out to me that two of the images were no longer active links, he asked me to edit it.  I found out that if you go to “draft” then your entry is automatically deleted, and there’s nothing you can do about it. Except to re-write it, so here I am, re-writing. If anyone asks me to edit a blog entry again, I will not.  Lesson learned.

For decades, mankind has known that sunken ships act as refugees and sanctuaries for underwater life: providing shelter, encouraging biodiversity, and even creating diving attractions for underwater enthusiasts and serious divers.  Old ships which are no longer economically viable are regularly sunk to create these sea life habitats, encourage biodiversity and to create attractions for divers. 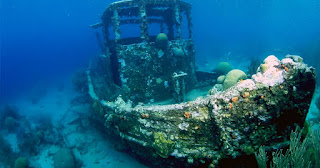 This same role is fulfilled with underwater structures that are purpose built, to act as sanctuaries and to increase biodiversity.  There are several advantages to these purposely designed, built and installed underwater structures, over simply sinking an old obsolete ship.  First, these old ships tend to be a source of pollution, as they are typically fouled with oil, gas and other contaminants which eventually leak into the surrounding environment. Second, concrete can be formulated so as to promote coral growth, as is done by companies like ECOncrete, whose work has been successfully deployed around the world. 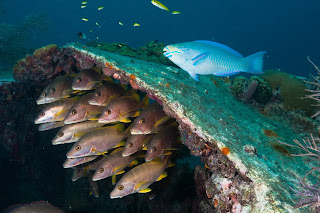 Underwater concrete structures can fulfill several different roles to encourage sea life biodiversity and to provide sanctuary for fish and other life, including coral and all of the variety of underwater life which fill our seas. For decades, sea life has been threatened by massive industrial fishing operations, as performed by large multi-national corporations.  The impact of this type and scale of commercial fishing has been devastating on the populations of fish and sea life targeted by these operations.  This phenomenon was well described in the recent documentary “Seaspiracy” which describes this conspiracy on the high seas. 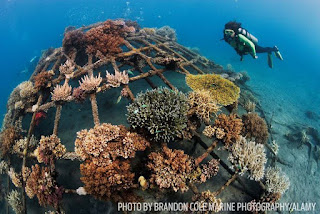 Underwater structures located relatively close to the shore also perform another helpful role: they can dampen waves, attenuating their impact on the shore.  This can create a significant buffer during severe weather events, like hurricanes and tropical storms.  By locating underwater structures off shore, the impact of a storm surge can be drastically diminished, reducing risks for coastal habitants and reducing the damage from these events. The risks from these storm surges and extreme weather events are increasing greatly with climate change and the resulting sea level rise.

My company, Spherical Block LLC, has developed specialty manufactured concrete block which can form arches, domes, flying buttresses and other unique arched masonry forms.  Recently we obtained two Product Listings from the International Code Council-Evaluation Services (ICC-ES).  Currently we have an Evaluation Report pending with ICC-ES.   We are teaming up with other leaders in the construction industry to bring this exciting new technology to the construction marketplace. 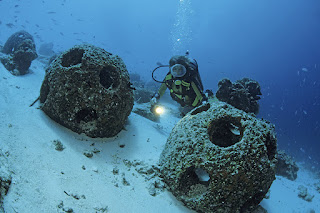 While we have not yet deployed this masonry system underwater yet, it is easy to imagine that these structures could provide a safe sanctuary for fish and other sea life, promoting coral growth, and encouraging biodiversity.  Fish could swim into the open portals made available in our dome and arch structures, finding safety and shelter from predators.  It could even provide some safety from the industrial fishing operations which plague our oceans, until we are better able to manage these operations toward a sustainable model. 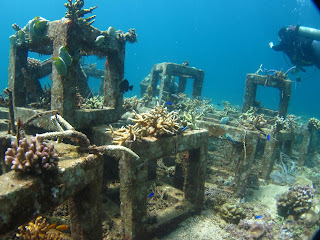 These structures could create “hot spots” of underwater life and increased biodiversity, acting as popular attractions for divers, fishermen and other sea-based sporting activities. In this role, they could help promote economic activity for those communities adjacent to them.

Posted by Peter Roberts at 1:29 PM No comments:

Today (December 2nd 2020) my company Spherical Block LLC received a Product Listing from the International Code Council-Evaluation Services (ICC-ES).  This puts my company's technology in accordance with the International Building Code (IBC) which is written by ICC.  This was a long, tedious, difficult and expensive process, but it's necessary for any new construction technology. 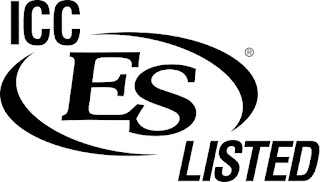 So hooray!  It's a big step that I am glad to have accomplished and behind me.
Here are two pages from the listing itself: 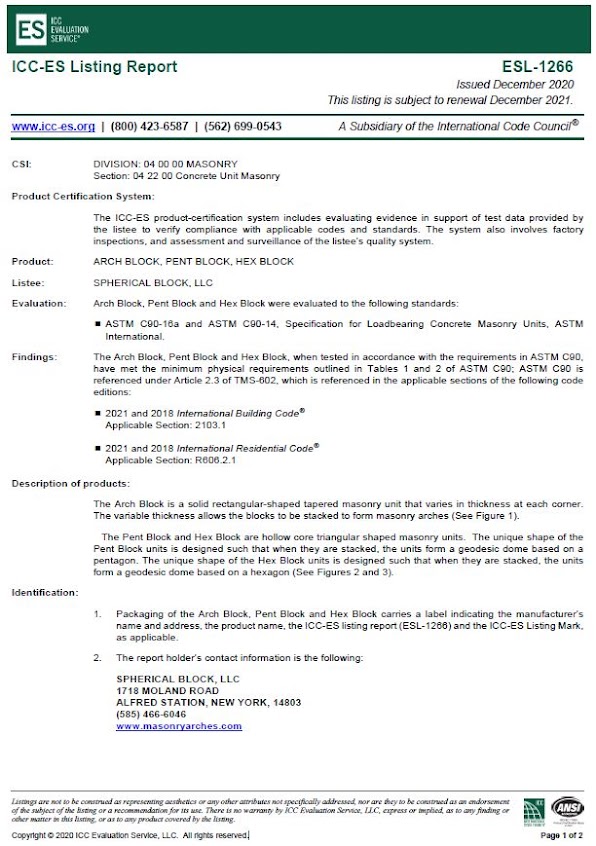 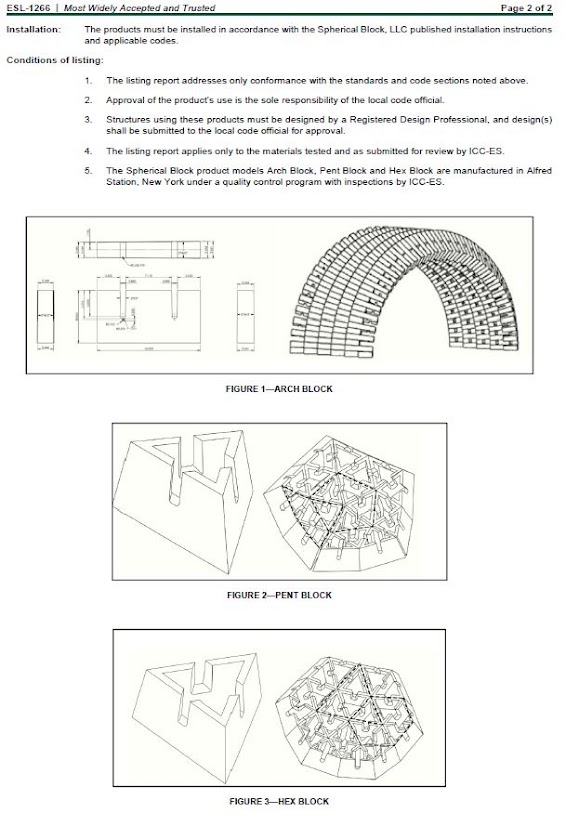 So there it is, another important step in commercialization of an idea completed. ICC-ES Product Listing.
This material is based upon work supported by the National Science Foundation under Grant No. 1660075 ("Topological interlocking manufactured concrete block").  Any opinions, findings, and conclusions or recommendations expressed in this material are those of the author, and do not necessarily reflect the views of the National Science Foundation.

Here is an article published in the November 2020 issue of Masonry Magazine, about my company's (Spherical Block, LLC) joint technology development with ProtectiFlex.

I was asked to write an article for Masonry Magazine about my company's (Spherical Block, LLC) technology.  Here it is, the cover story for the August 2020 issue.  A big thank you to the Masonry Contractor's Association of America.
Posted by Peter Roberts at 4:43 PM No comments:

I was asked to write a short summary about the concept of using potassium geopolymer as an electrical capacitor or battery.  This article was published in STRUCTURE magazine on May 1, 2020.
Posted by Peter Roberts at 4:43 PM No comments:

Article on Innovation in Masonry Today

I was asked to write an article for the May 2020 issue of STRUCTURE magazine, on innovation in masonry today.  This article was published May 1, 2020.
Posted by Peter Roberts at 4:39 PM No comments: